What is the value of unexpected things? As hard as it may be to believe, they were probably the things destined for us. There are several theories about destiny, someone says it’s an excuse for people who don’t want to choose, someone strongly believes in his perceptible or imperceptible signals. For some years now, I began to think about fate as a random and intentional combination of choices and facts which don’t have necessarily a clear explanation.

Many times I laughed at the trips of this destiny, some others they made me cry.  I think this time, destiny wanted to speak to me with no beating around the bush, telling me exactly what I wanted to be told. As John Lennon said: “Life is what happens to you while you’re busy making other plans.” He wasn’t wrong. Indeed, Greece arrived as the life Lennon was speaking about, as an unexpected question to which I couldn’t say no.

But let me introduce myself. My name is Grazia, I’m 28 years old and I am the italian volunteer of the Esc (European Solidarity Corps) project “A world without exclusions”, which was taking place in Thessaloniki.The aim of the project is to help people with mental disabilities through my hosting organization “The association of friends of the Disabled Movement for change (SFA). All of this, followed by my coordinating organization, “You in Europe”. I said “was taking place” not because the project came to an end but because of this terrible pandemic, which put all our lives in “stand-by”. That’s why I am writing to you from my hometown, in the South of Italy. Despite this, I thought one of the best ways to carry on my project was to talk about my experience during my three months in Greece. I would like to start from “the beginning”.

he day I found this project was not really a good day for me, I was lost and confused, I tought it wouldn’t be easy to find something that would suit me but, fortunately, I was wrong. When I read the infopack of the project I had the feeling that it was exactly what I wanted in that moment and, despite my fears I decided to apply.Best choice ever. The next day I was contacted from “You in Europe”. They told me I was one of the candidate and in a few days I would have had my interview. I was nervous but at the same time confident, because I knew I deserved that occasion. I tried to put all of myself and I tried to be honest.And..listen..I made it!! When I received the confirmationemail I was so exicted I could barely sleep! After few weeks of packing and fixing all my stuffs, finally I got on that plane!

Along the way, I wondered about the oddness of life. Why Greece? Why this project? Sometimes, a set of combinations leads you where you should have been. You just got to have faith.

he first feeling I had when I arrived in Greece was to be in the right place at the right time. Ioanna, one of my coordinators picked me up at the airport and drove me home. My new “home”. I was so exhausted but at the same time so curious to explore my new life that I left my luggages, had a shower and I got prepared to go out with Ioanna and my new mentor, Kalle.When I got into my new house I received a really sweet surprise! The previous volunteers left some gifts for me and the other volunteers. I really loved it!

I went with Ioannato a typical “taverna”, not really far from my place. I finally met my mentor and we had a typical “Greek dinner”. I felt that situation so familiar that I could not believe it. We laughed and talked a lot during the dinner and I went to sleep with a lot of happiness inside me. Don’t worry..in the other “episodes of my diary” you will understand what I am talking about and how much “Greek” and “Italian” style are similar. But this is just the beginning of the story…

Well, the big day had come! I remember the deep sense of peace I felt when I arrived in SFA for my first day. I remember that amazing color on the walls. Aquamarine. My favorite one. I don’t know the reason, but somehow I felt that place so
“familiar” from the first moment. Not so bad..considering that I should have spent almost a year there!

But let me introduce you this wonderful reality. The Association of Friends of the Disabled “Movement for Change” (SFA) is a Non-Profit Association whose aim is to help and support people with mental disabilities, building an inclusive reality without any kind of exclusions. My role, as a volunteer, was to help the workers and support people during the daily activities and workshops. Before officially starting I had a meeting with one of my coordinators and the mentor, who provided me and Isadora (one of the others volunteer of the project), with the first guidelines and basic concepts of the work. At the beginning  felt really nervous, I was afraid because I didn’t know how to establish a contact with participants, how to talk or move. When you start a delicate job like this you naturally take care about all the movements you make. Especially, if you are not experienced and you have to start from the beginning. I felt like a soldier, my muscles were petrified, but, slowly I would understand that there was no war and everything would happen step by step.

Gradually the participants arrived and the workers, after helping them to leave their personal stuffs in the wardrobe, welcomed them to the living room, the place where we used to stay all together waiting for the workshops, interacting and
having some relax. Many of them were so curious, we looked at each other like kids who were discovering and observing something new. So far, what I learned from people with special needs is they are the most natural people I’ve ever met. No need to use so many strategies, they understand you better than you could do with yourself. Just the way they look at you. On the other hand, it’s compulsory to follow workers’ instructions and advices, in order to avoid to invade their space and cause any damage.

As I told you before, one of my biggest fear was related to “communication”. Facing for the first time something new
can lead you “asking yourself the most trivial questions”. But, despite the beginning, during the time, that “obstacle” has
become one of the most precious part of my job. Disabilities, especially autism, require an important part: give
the other people the space they need and get to know their peculiarities, related to who they are, not just what they suffer
from. This is another aspect I could learn from my volunteering period and I really appreciated that I had the
possibility to cooperate with an amazing stuff of workers and volunteers. The first week was, almost, an observation period. I remember perfectly my mood swings! I could be frustrated and super excited thousand times in a couple of hours!
I think being a volunteer is a challenge with yourself, that’s why I loved my experience from the first moment. But I will
tell you a lot of stories in the other pages of my “volunteer diary”, so…stay tuned! 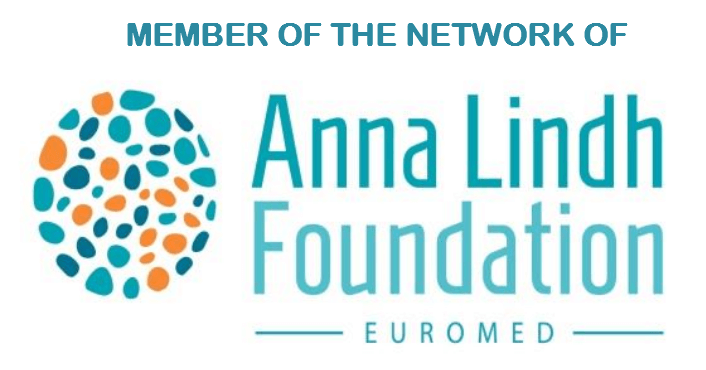